The study suggests that eating a diet high in fruits and vegetables encourages leanness-related microbes to populate the gut, leading to better weight control.  They found the answer depended on the type of diet.

If the mice were on a healthy diet – one low in saturated fat and high in fruits and vegetables – then the leanness-associated microbes invaded the gut of the mice with the obesity-associated microbes, stopping them putting on weight and developing metabolic problems tied to insulin resistance.  In humans, significant weight gain can be linked to insulin resistance, which is the first sign of metabolic disorder that can lead to type 2 diabetes.

“Eating a healthy diet encourages microbes associated with leanness to quickly become incorporated into the gut. But a diet high in saturated fat and low in fruits and vegetables thwarts the invasion of microbes associated with leanness.”  He adds that the finding is important for the development of next-generation probiotics as a treatment for obesity.

Prof. Gordon has been working on the link between gut microbes and obesity for a while. In 2006, he and his team reported two studies that found gut microbes influence how much energy is extracted from food and stored as fat.  They found the clue lies in the relative abundance of two major families of intestinal bacteria: Firmicutes and Bacteroidetes.

In this latest study, they found weight gain, accumulation of fat and development of metabolic symptoms were prevented in mice carrying the obesity-related gut microbes when they followed the healthy diet.

This is because their guts were invaded by Bacteroidetes bacteria from the mice carrying the leanness-related gut microbes. Bacteroidetes are efficient at harvesting calories and nutrients from food.

Within one day, obesity-associated microbes were thriving in the animals’ guts, and the animals eventually became obese.

This latest study adds another clue to that finding: not only does following a westernized diet seem to encourage gut colonization by more obesity-related microbes, but it also appears to discourage colonization of microbes associated with leanness, leading to weight gain and development of metabolic problems.

The new study also confirms another finding from previous work: the mix of microbes in the guts of obese people is not as diverse as that of lean people, as Gordon explains:  “We think the lack of diversity leaves open niches – or jobs, if you will – that can be filled by microbes associated with leanness. Our results underscore the strong interactions between gut microbes and diet and help illustrate how unhealthy diets select against gut microbes associated with leanness.”

Also, throughout the experiments in the new study, Gordon and colleagues found the results did not depend on whether the donor’s gut microbes were first grown in the lab or came from a fecal sample: they still transmitted the body composition and metabolic characteristics of the donor.

This is good news for treatment developers: it should be easier to grow the human gut microbes in the lab (and presumably will make for a more palatable message to patients and consumers) than to keep harvesting them from feces samples. 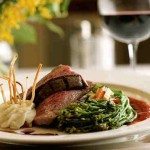